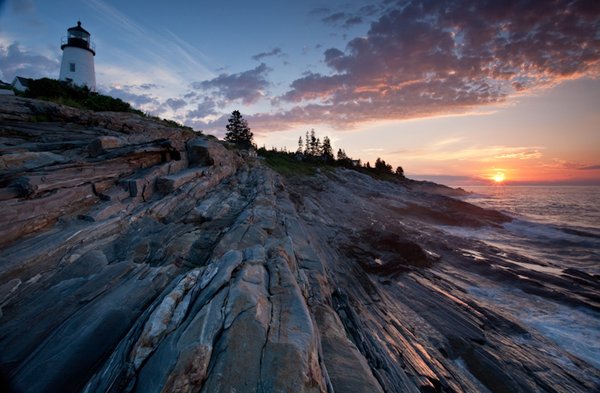 The number "7" seems to follow me around.  I was born at 7:07am on the seventh of March in a year ending in "7" (I leave it to you to figure out which one).  And it's been seven years since I launched the first incarnation of this blog in - you guessed it - March 2007.  So though it's only coincidence, it still seems appropos to be getting things back up and writing at this time.

The Web has changed a lot since 2007.  Back then, Ajax was a fairly new technology; now everything is "fortified" with it, and people whisk through websites faster because of it.  Social media has taken the world by storm, and I was at SXSW in 2007 when Twitter hit the big time (we miss you, Fail Whale!).  The mobile Web is here to stay, and an explosion of portable devices has led web designers to adopt new approaches to creating bulletproof user interfaces, including Responsive Web Design (the one clients have started asking about in about the past year or so but which has been around since 2010).  App stores abound.  Thankfully, the poseurs have stopped saying "Web 2.0".

A lot has happened at Pemaquid Communications as well. We were the first interactive shop in Maine to build a Facebook app.  We set up social media accounts and developed strategic plans for popular regional brands like Oakhurst Dairy.  We worked with the state of Massachusetts to make sure their online health insurance exchange met web site accessibility and section 508 compliance standards for the rollout of the Affordable Care Act.  We created a content management system based on the Django open source framework which we market to museums as called Curator (demo) but which about two dozen clients from many different business sectors use, and it's never been hacked (I'm lookin' at you, WordPress).  Pemaquid has been nominated for 10 Best of the Web awards by TechMaine - more than any other creative firm.  in 2009 we won an inaugural entreverge award for creating the first coworking space in Portland, WYCWAH, and pioneering what has now become a popular way for digital creatives to work and collaborate.

It hasn't been all rainbows and unicorns.  I've seen two talented collaborators leave to form their own competing business without even a glance back.  A venture marketing creative interactive services to museums has not turned out to be a good get rich quick (or even get rich slow) scheme.  And the creative economy has changed.  A lot.

Building web sites, especially in a place like Portland, Maine, just isn't what it used to be.  Clients and prospects are much more timid than they used to be.  You can't really blame them, the economy tightened up quite a bit, and marketing budgets with them, and I think it's safe to say that things are never going to be like they were in the Good Old Days of '07.

Small and even medium sized businesses are just not in a position to take creative risks on the Web, and everyone has a story about how they were burned by some web developer whose custom code turned out to be bug-riddled.  Building web sites today - that are mobile-friendly, accessible, well-integrated with social media tools and built-in blogs and other interactive features - is now more like building a fighter plane than drafting a brochure.  So for many clients, building a web site is like building a bridge or a garage: a complex edifice that requires engineering and which much be reliable, but perhaps not a lot of inventive creativity.

Not long ago I talked to the owner of an amazingly talented firm in the Southeast, who said he had recently been on a conference call with about 60 other principals of interactive shops.  All said they were feeling an economic pinch.

There do seem to be bright spots.  User experience ("UX") designers are in demand like never before, especially those with an understanding of mobile UX.  The education and health care markets appear to be strong and those firms that are able to stake out expertise in those markets seem to be doing better than most.

Even more encouraging is that there are signs that businesses (finally!) understand that good UX can be a competitive advantage.  Capital One recently acquired Adaptive Path, one of the world's premier UX shops. I take that to mean two things: AP figured it would hard for them to continue to make a go of it as an independent firm, and more importantly, that Cap One realizes that as a bank with almost no branches, success for them is based largely on whether they can transform their mobile banking user experience into a competitive advantage (a low bar to clear, b/c the UX of most banks is horrible), so they've purchased the best UX talent money could buy.

So there's a lot to talk about when it comes to UX, and it seems as though people are listening, and that's a good thing.  I hope we can get the conversation going right here.  Are you ready?

When this blog was originally published in March 2007, it was known as Pemaquid Crunch. A lot has changed since then (the whole Web is fortified with Ajax) but good web design never goes out of style, and is needed now more than ever.